How Trees Survive the Harsh Winter 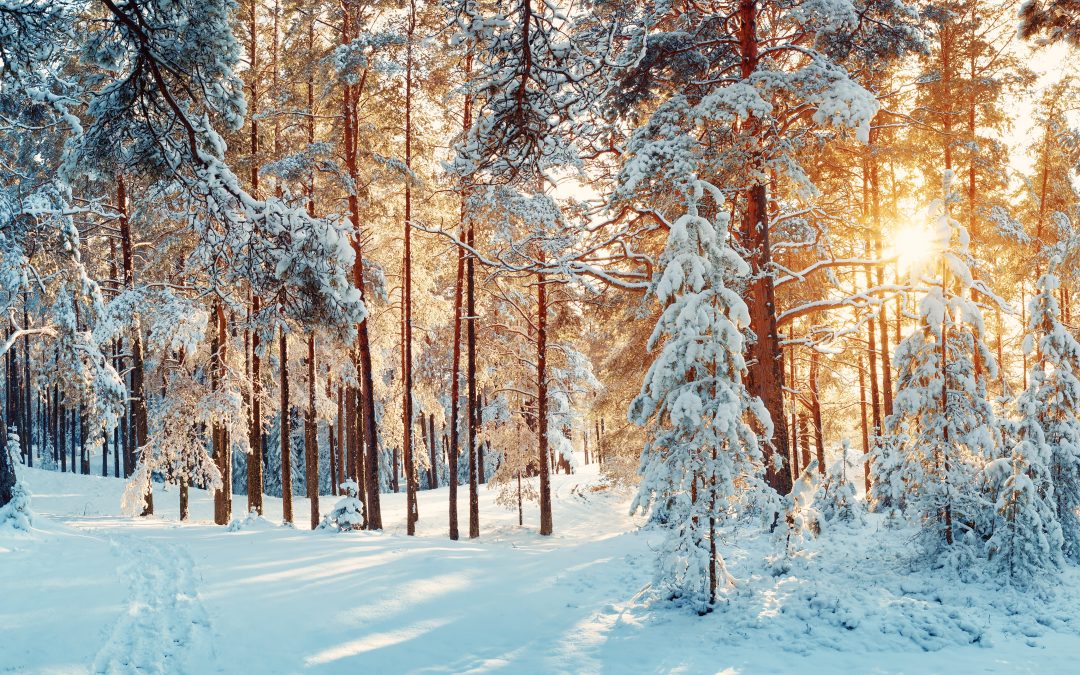 If you live in an area where it gets especially cold during the winter, you might wonder how your trees and other outdoor plants survive. Between potentially sub-zero temperatures, constant exposure to the elements, and an inability to move to warmer locations to protect themselves, it’s truly astonishing to see trees survive harsh winters year after year.

While all trees are different, there are a few basic methods that a majority of trees use to make sure they survive harsh winters and low temperatures. They use these methods to protect themselves and make sure they stay in healthy condition so they can start to grow and produce new life come spring. Trees have evolved over many years to develop these methods of survival and the science behind them is pretty cool.

During the winter, trees go into a dormant state, similar to how many animals go into a state of hibernation during the winter. Like bears, bats, and bees, this state allows the tree to survive the winter with very few resources.

While in a dormant state, the metabolism, growth rate, and energy consumption of a tree are all slowed down significantly as things like water and sunlight become scarcer. Trees begin to enter their dormant state in the fall when the leaves begin to fall. Abscisic acid is released by deciduous trees to signal the leaves to detach so it does not spend any more energy on them. Not having to keep leaves alive allows the tree to save a significant amount of energy for survival during the winter.

A big part of going into a dormant state for most trees is the slowdown of their growth rate. During the winter months, most trees stop growing almost completely, especially when it comes to anything visible above the ground, like new leaves or branches.

Rather than spending energy and resources on new growth, the tree will shift to using any stored energy to maintain its health and keep it alive. It is much more beneficial for a tree to use all of its energy to slowly maintain its essential systems than expend a large amount of energy putting out a new branch that might be broken by heavy snow or wind.

Trees contain a lot of water within their trunk, branches, and roots, so some of you may be wondering how they don’t simply freeze when the temperature starts to drop. Many of us are familiar with the tragedy of frozen pipes and their ability to expand and burst, causing quite a bit of damage to your home. So, why doesn’t the same thing happen to trees? I don’t know about you, but I’ve never seen an exploding tree during the winter.

Trees deal with this problem in a few different ways. First, they adjust their cell membranes to allow water to move out of the cells and into the spaces between them. This helps the cells shrink a bit and take up less space. Second, they start converting starch to sugars, producing a sort of antifreeze for their cellular fluid. These sugars lower the freezing point of the cells. Finally, the cells somehow change their liquid contents to viscous and almost look solid. This allows the cells to avoid crystallizing as temperatures drop.

All three of these methods allow the tree to keep its living cells from freezing, either by altering its cells state or by allowing certain dead cells to freeze instead. A large chunk of a tree’s trunk is made up of dead cells, which come in handy during the winter months to help sustain these processes.

While trees have some miraculous ways of helping themselves, sometimes they can use a helping hand. Contact our team at American Tree & Lawn Services today to set up a consultation.

No Pressure, No Obligation